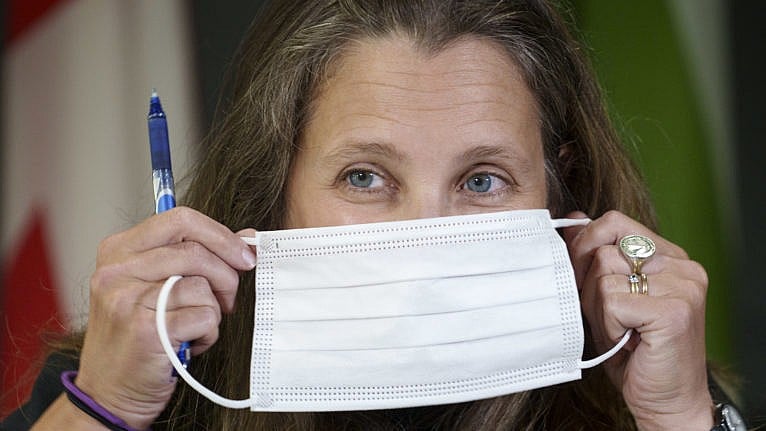 Welcome to a sneak peek of the Maclean’s Politics Insider publication. Sign up to get it delivered straight to your inbox in the morning.

Health care dominated the begin of the second week of the federal election marketing campaign, the Globe reports, with the Liberals repeating a promise to rent extra household docs and the Conservatives calling for an investigation into a Liberal video that Twitter deemed manipulated.

Justin Trudeau was in Halifax on Monday to announce $6-billion towards reducing wait lists, in addition to $3-billion to rent docs, nurses and nurse practitioners. As Trudeau made the marketing campaign promise, the Conservatives despatched a letter to the Commissioner of Canada Elections complaining about a video Chrystia Freeland posted to Twitter Sunday utilizing edited clips from a discuss Mr. O’Toole gave final July.

Twitter later labelled the French and English variations of the video “manipulated media.” According to its coverage, entities could not “deceptively promote synthetic or manipulated media that are likely to cause harm.” The social media web site says it could label tweets containing artificial or manipulated media “to help people understand their authenticity and to provide additional context.”

“The Tweets in question have both been labelled in line with our global synthetic and manipulated policy,” Twitter Canada stated in a assertion to The Globe and Mail.

Game idea: In Maclean’s, Paul Wells wonders what’s going to occur if the Conservatives win extra seats than the Liberals.

Probably, Justin Trudeau resigns and Erin O’Toole turns into prime minister. As I’ve stated, there’s no rule that seat plurality = energy, however that expectation is straightforward to grasp and arduous to struggle. But what if the outcomes actually are shut, and Justin Trudeau is feeling scrappy? In that state of affairs, till the Commons tells him in any other case, he’s nonetheless the prime minister. He convenes Parliament, has Mary Simon ship a Throne Speech, and then MPs vote. Suddenly the different events have a choice to make.

In the Globe, Campbell Clark writes that Trudeau “still hasn’t framed the election. He hasn’t provided a focused answer to the basic question raised by calling an election: What is this all about?”

In the Montreal Gazette, L Ian Macdonald observes that “events may be conspiring against Justin Trudeau.”

And in Maclean’s, Andrew MacDougall observes that the Liberals are “going low.”

It seems misdirected or misfiring Liberal assaults are rapidly changing into a factor on this pointless election. First it was Trudeau’s vaccine place for the public service which was, actually, farther from the public service’s than O’Toole’s, which was largely congruent with the public sector unions’ calls for. And now there’s this case of Doctored Zhivago. They’re the varieties of errors successful campaigns don’t make.

Susan Delacourt, in the Star, eloquently places Freeland’s misstep in historical context, and suggests she ought to have stated no when “the Liberal backroom team asks her to put her name and reputation on the line for the sake of a low-level attack ad.”

Tightening: The Liberals and Conservatives at the moment are tied as O’Toole positive aspects momentum, in keeping with rolling polls from EKOS, Nanos and Mainstreet.

An interesting poll from Ipsos finds a “volatile electorate who could be easily swayed one way or the other.”

Three in ten (31%) Canadians say they don’t know who’s going to win the upcoming federal election, which means that thousands and thousands of Canadians consider the election will imply one thing and will assist to find out who leads the subsequent authorities. An Ipsos ballot launched earlier this week confirmed that 13% of Canadians stay utterly undecided. Among those that do point out a selection, solely 45% are completely sure of that selection, reserving the proper to change their vote. Layer on this the unpredictability of turnout in a pandemic election, strategic voting and different motivations, and this election has the potential to current a few surprises to Canadians and pollsters alike.

Green guarantees: Jagmeet Singh went to Outremont Monday to vow to remove subsidies for oil and fuel corporations, changing them with direct funding for renewable vitality tasks, the Canadian Press reports. “What we’d like to do is invest directly into remediation of oil wells,” Singh stated. “We’d like to invest directly in retrofitting some of these oil wells into geothermal plants.”

Fisman out: Epidemiologist Dr. David Fisman has resigned from the Ontario’s COVID-19 Science Advisory Table, complaining the group has delayed publication of its pandemic projections for the fall, CBC reports. “I find myself increasingly uncomfortable with the degree to which political considerations appear to be driving outputs from the tables, or at least the degree to which these outputs are shared in a transparent manner with the public,” he wrote.